Make The Most Out Of Flickr: Get These Apps

We are living in the smartphone era. That means more than half of the population has smartphones and can readily connect to the Internet. Consequently, that implies that people are now doing more work from their phones. With more and more productivity apps coming to both major operating platforms, it’s only a matter of time that businesses will run on full mobile operations. 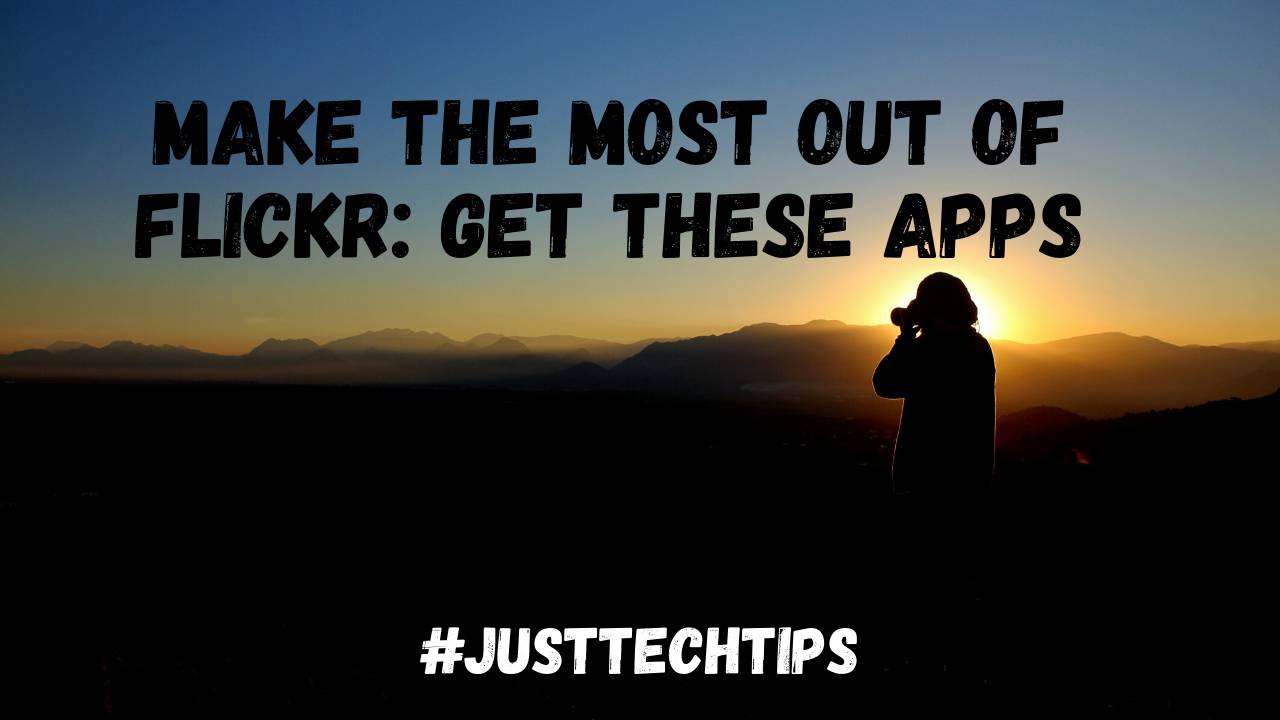 Flickr has always been one of the sites where photographers flock to save their HD quality photos, not because it’s the most trendy at one point in time, but the site has championed uploading photos at their native resolution without sacrificing quality even before it was the standard.

With a major overhaul for the new set of users, Flickr is better than ever, but if you want to take the experience into new territories, here are some apps you can download:

It’s a long time coming, but the Flickr app for both iOS and Android has finally gotten to a point where it is fast, intuitive, and comparable to the web version. That’s not saying that the first iterations of the app are subpar, it just meant that there are better technologies on the app now that it could not have gotten on its first showings.

The app is pretty powerful, too. You can upload photos from your native camera in full resolution. There’s also a nifty editing tool within the app, plus with the increased storage for every user, you can upload and download more high-quality photos. You can also manage your account through the mobile app, make some profile changes, and even create your own feed.

If you’re an avid user of the Flickr web version, you can not miss having Retrievr as an additional tool! At its heart, Retrievr is a search tool that lets you search for specific images through rough sketching. Most of us will only remember shapes and composition in a photo, and so if we are searching for them, it helps when we can rough sketch exactly what we’ve seen.

Retrievr is very helpful in the sense that it essentially makes the process easier and better. It’s also a pretty powerful tool if you have something specific that you’re looking for. Imagine that you’re putting a portfolio of sorts and wanted to complete a mood board for your project – you have a specific image in mind, but you don’t know exactly what you’re looking for. Retrievr helps narrow down your search.

This is a fairly straightforward app. If you want to see the photos that are uploaded within your area, this is an exceptional tool for it. You can also widen your search to your city and country, and even check out the works of photographers worldwide. The Flickr Commons Map is based on the theory that image uploaders will geotag their photos once uploaded.

The most usual use of the Commons Map is to know where the best locations are for a great photo. It incites creativity in photographers within the same area as well. Say, for example, you want to check out what photos are taken in a tourist spot – upon checking out the works of others, you’ll pretty much be more creative in composing your shot.

A Java-based uploader that lets you automatically upload your hard drive photos, juploadr, also works in the background to constantly update your cloud library. This is very important because uploading sometimes can be a tedious process. Depending on your platform, you can also set up a platform-based uploader on your desktop.

Having these apps will turn your experience into something rudimentary to a more streamlined one if you’re an avid Flickr fan. And who doesn’t want that, right? Plus, these apps are free! If you’re not on the platform yet, it’s high time that you give it a try – there’s no better time to check the site and its accompanying mobile app than right now!

10 Best Online Casinos – No Deposit Bonus – Keep What you Win

Magento Review: Key Points You Need to Know About the Platform

How to Create a Payment App for P2P Payments?