Ranking the Five Next-Gen PS5 Games You Can Play Now

Despite being a relatively new console, the PS5 has a ton of great experiences available for early adopters of the platform. Gamers can access several exclusive launch titles and next-gen games by third parties. Moreover, Sony’s commitment to backward compatibility gaming also means that you have a wider range of top-rated games to pick from.

In the meantime, it is your responsibility to ensure you take good care of your console and controller, especially cleanliness, as studies have revealed an average console carries tons of bacteria that need to be cleaned regularly. 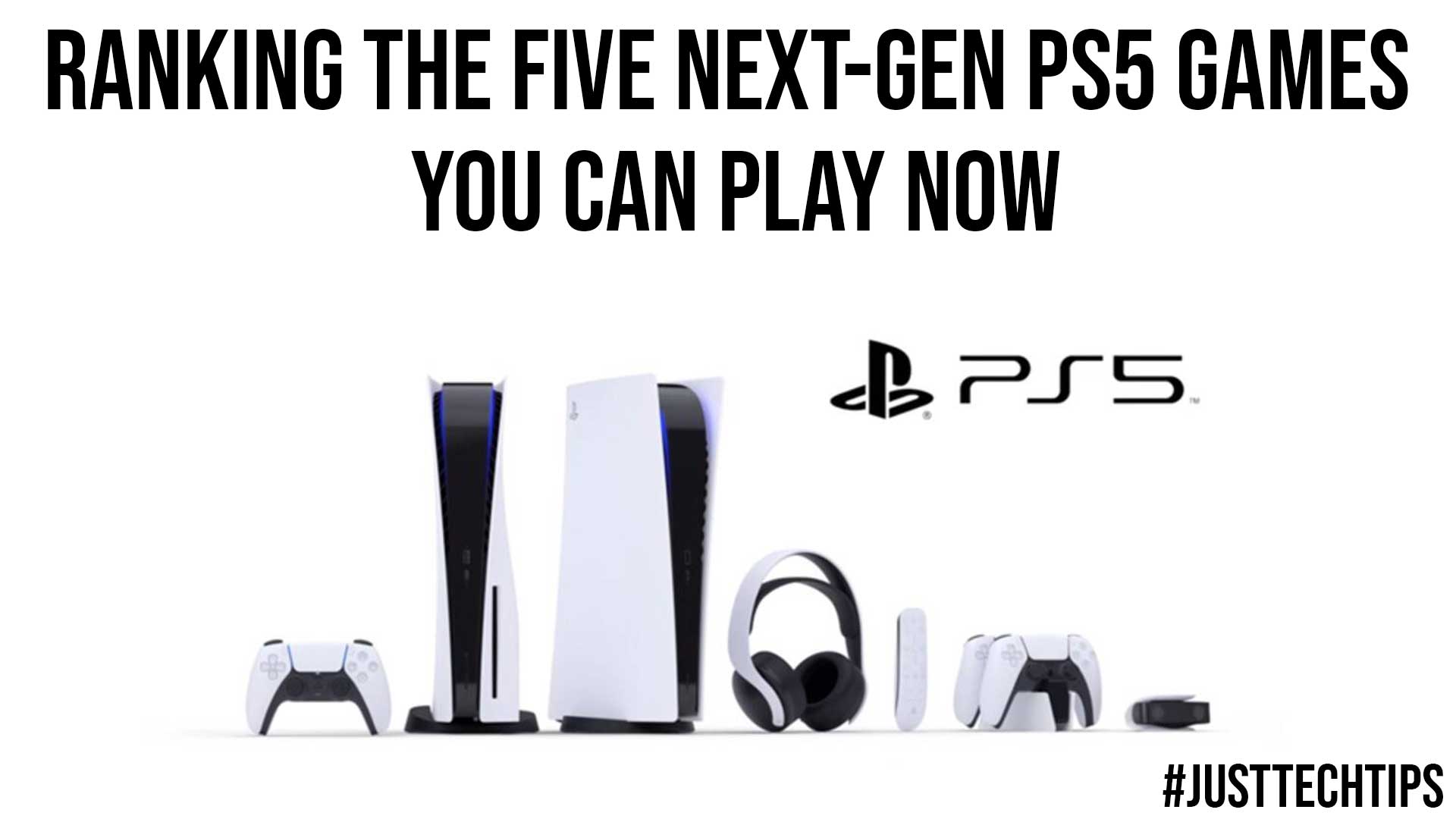 With many titles to select from, it might be difficult for you to choose the best. Here are five of the best PS5 next-gen games you should play.

Spider-Man by Marvel was already one of the top superhero games ever developed. However, the PS5 remaster has elevated the game to a higher level.

The visual updates on the game done by Insomniac are not trivial by any means. Together with the facial animation upgrades, the whole relighting of New York City brings the adventure’s looks to the same level as brand-new Miles Morales.

Besides, the addition of ray tracing with 4K resolution and HDR support makes any time of the day really stunning. In fact, you will be forgiven if you forgot that the game wasn’t running on code developed for PS5.

The icing on the cake is the quality of life enhancements Spidey got after the launch, novel accessibility options, updates to photo mode, and all the DCL episodes.

DualSense is one of the most notable features of the PS5. The refined haptic feedback and adaptive triggers used strategically to create an immersive level that is unmatched. Astro’s Playroom showcases this technology best. The game is designed to show off what the DualSense controller can do.

Nevertheless, this would-be tech demo is also an excellent game. It comes with an enchanting set of worlds for gamers to explore. Moreover, all the worlds celebrate a different aspect of the PS5 and the different PlayStation hardware and software eras.

The game reminds gamers why they fell in love with PlayStation and gives them a reason to renew their passion. Its platforming is solid, and environmental puzzles are amazing. Moreover, the alluring set of collectibles will leave you yearning for the platinum.

This is the latest addition to the Assassin’s Creed series and has proven that the franchise is not getting fatigued any time soon.

The game centered on the legend of the Viking expansion into England in the 9th century. Additionally, Valhalla has redefined the rules of the franchise yet again.

The game comes with the ability to sack monasteries, establish your growing Norse settlement and unveil special gear and powerful skills.

The PS5 delightfully captures Norway’s icy mountains and the meandering rivers of England in spectacular 4K. Moreover, you will be impressed by the speed at which you can traverse between the war-torn kingdoms.

The expectations were high for Bluepoint games as they worked on the PS5 remake of Demon’s Souls. First, it was a highly anticipated remake of a landmark game that is dear to many gamers. Second, it was also the first major showcase of what a game could look like in the new console generation.

Providentially, Bluepoint did not disappoint. The result is a jaw-droppingly stunning game that is faithful to the source. Demon’s Souls is one of the richest, most profound, and most challenging experiences you can find on the PS5.

Even though it is not a full-blooded sequel, Spider-Man: Miles Morales is a standalone expansion that sends Peter Parker on vacation and leaves his youthful spider-apprentice Miles Morales to keep an eye on New York.

It builds on the unyielding foundations of Insomniac’s first game. In this game, New York is beautifully covered with snow, holiday cheer, and next-gen sparkle.

The game’s improvements are not just decorative; the legendary hero has extra spider-powers at his disposal than Peter Parker had.

These new powers have been expertly adapted into new gameplay mechanics.  Even though the new mechanics don’t reinvent the wheel, they give it enough spin making it feel fresh thanks to the DualSense controller.

Spider-Man: Miles Morales does not feature a strong campaign or bright villains as 2018’s Spider-Man. But, the story of Miles Morales still bears the charm and heart of its predecessor. Its tagline “Be Greater” set the bar too high, but Morales somersaults over it effortlessly.

Also Read: Battlefield 6 Multiplayer Maps Could Host Over 128 Players In One Match

These are the top picks for the best games that are currently accessible on PlayStation 5. Is there a game you feel you should be on the list, but it does not feature? Well, there are still other top games on PS5 that were not featured. Nevertheless, you will agree that these five seem to stand taller than the rest!

4 Tips for Getting Started with Investing