We take radio communication for granted in the 21st century. Whether listening to your favorite show in the car or having it on for company at home, radio is just there, isn’t it? It is now, but in fact, it’s a relatively recent invention.

Radio communication – the transmission of sound and signals via radio waves – is not much more than 100 years old. 120 years would be closer to the truth.

It remains a point of contention as to who ‘invented’ the radio (radio waves exist naturally and always have) but the general consensus is that an Italian working in the UK, Guglielmo Marconi, designed and demonstrated the first working radio transmitter as we know it.

He did so in 1895, having drawn his inspiration and ideas largely from the work of inventors and scientists such as Hertz, whom radio waves are named after, and the iconic Tesla. Nevertheless, we can credit Marconi with developing radio communication for the purpose it is still used today.

In fact, it can also be said that while the apparatus used for transmitting and receiving radio waves has developed greatly, the principle remains largely the same: a transmitter sends a signal at a certain wavelength, and a receiver fitted with an antenna catches and broadcasts it. 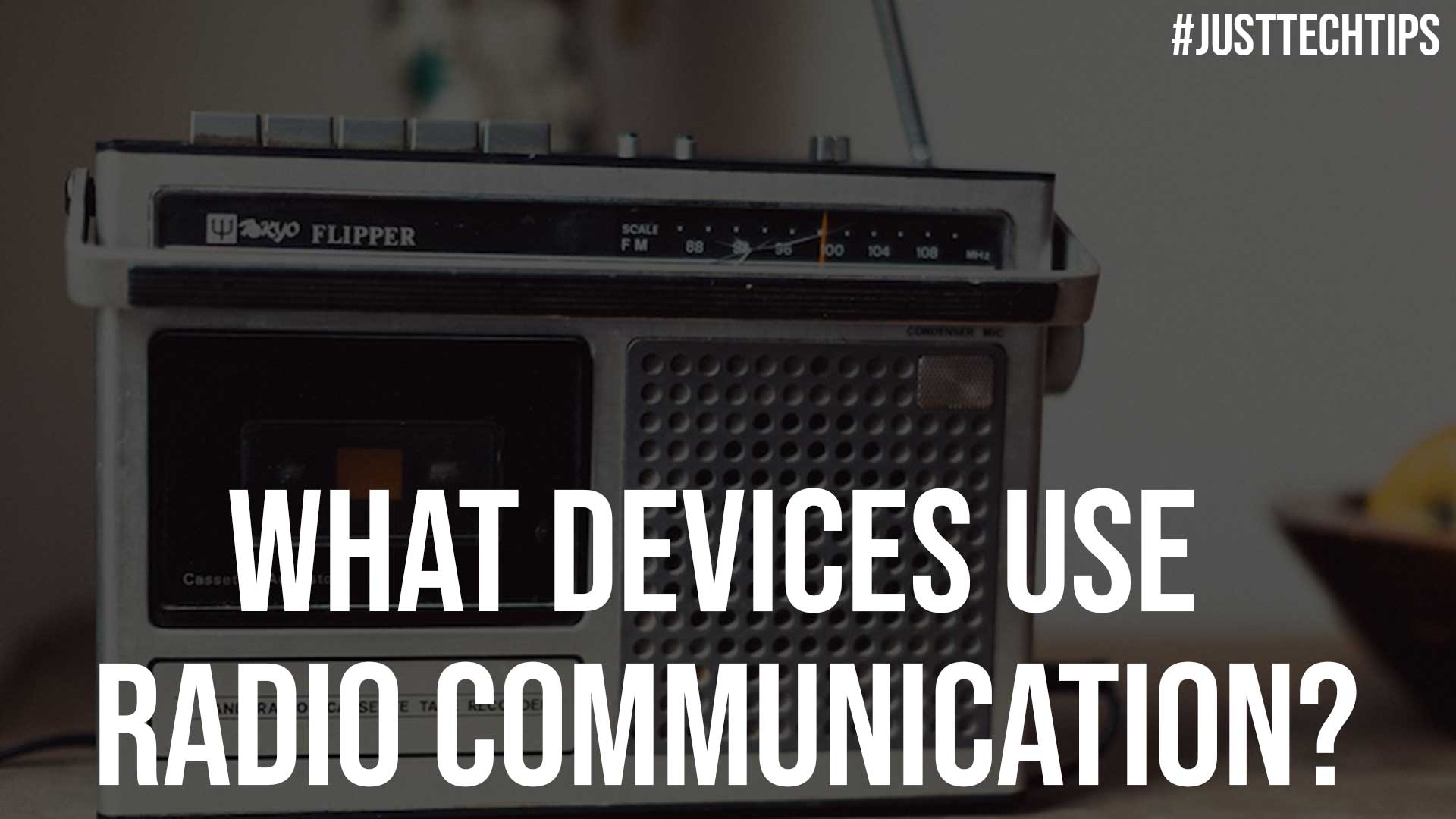 We’re going to talk about some of the devices that use radio communication in this article, so let’s begin by looking at radio and its use in broadcasting.

When we think of radio communication, we immediately think of the radio stations we listen to at home or in the car, or indeed anywhere radio can get to.

We don’t think of Radio Frequency – RF – devices, which are becoming much more common. So, what actually is RF technology? We’ll cover that in more detail in our section ‘Radio at Home’, but first, we want to look at radio and broadcasting.

Marconi intended his development of the electromagnetic wave transmission system as a communication device, one that did not need wires. In this, he managed to get successful, which is why his achievements are still known today.

The first radio news broadcast – something familiar to all of us – went out on August 31st, 1920 from a station in Detroit named 8MK. That station, although renamed, is still broadcasting today.

In the US, college radio – today among the most listened to channels of all – made its debut a couple of months later that same year, when Union College of Schenectady, New York, began what would become something very big indeed.

All over the world, the radio revolution was in full swing, and people equipped their home with a ‘wireless’ – so called because it was – and stations began springing up all over.

Developments in technology – the transistor, for one – enabled the manufacture of ever smaller and cheaper yet just as capable radio receivers. Radio, as a medium, was here to stay.

That technology would also give birth to television which also uses radio waves, so let’s talk about some of the other devices that use radio technology.

Radio in the Home

The use of radio and RF in daily life has become ubiquitous. Look around your home and you will find many items that use radio waves – the microwave oven, for example, and your TV remote control unit – plus others that use what is known as RFID or radio frequency identification.

The latter is a way of identifying a source as legitimate by way of low-power radio frequency waves. Your credit and debit card, for example, both use RFID technology to confirm you are making a legitimate purchase. The key that remotely opens your car also uses RFID. It may even be used on your home security system.

Radio waves are everywhere at home, but primarily there are two main sources: your wireless internet connection and your mobile cell phone. Each one we use without thinking about it, yet neither would be possible without radio waves.

Your wireless system transmits its data from the physical modem through the air using radio waves of lower power levels. The same is true of your smartphone or any other device connected via the WiFi. This is perhaps the biggest contribution radio waves made to the modern world.

Before we move on, you may think the mobile phone a very recent invention. In fact, in St Louis in 1946 – yes, that long ago – AT&T introduced its Mobile Telephone Service. By 1948 the system was available in a hundred towns and cities.

However, as there were only three radio channels – wavelengths – available, only three customers in a given town could make a call simultaneously. It was also extremely expensive, with a monthly rental equivalent to around $170 today. What it did do was prove the concept of mobile phones, and the rest is history.

The Future of RF Technology

When we think about how we may use RF in the future, the possibilities are seemingly endless. Other items and systems that already use radio technology include GPS, many medical uses such as X-rays, commercial and domestic security systems, and so on.

The future may see its use in the already existing autonomous cars, where it may be used along with GPS for location and direction purposes. Radio waves are versatile, and with many different frequencies in the radio frequency range, there is a lot of potential for future use.

In some places, a swipe card is necessary to get into the workplace or another building; this is also RF technology in the same way as that used in your plastic money.

It is not unknown for a business to implant an RFID chip in their employees to facilitate identification, although such a system raises many moral questions.

However we look at it, radio is all around us and has been the driving force between most of the major technological developments in communication and security over the last century. Now we’re firmly into the digital age, yet we still broadcast using the old analog process, which many prefer to the latter. Long may it continue.

Everything You Need To Know About Teen Patti

Top 6 Reasons Why You Need a Dash Cam