What are 3D Models Used For?

3D modeling is one of the most important skills for 3D designers. Whether you are an artist, architect, engineer, or just a hobbyist, 3D modeling will be your best friend. 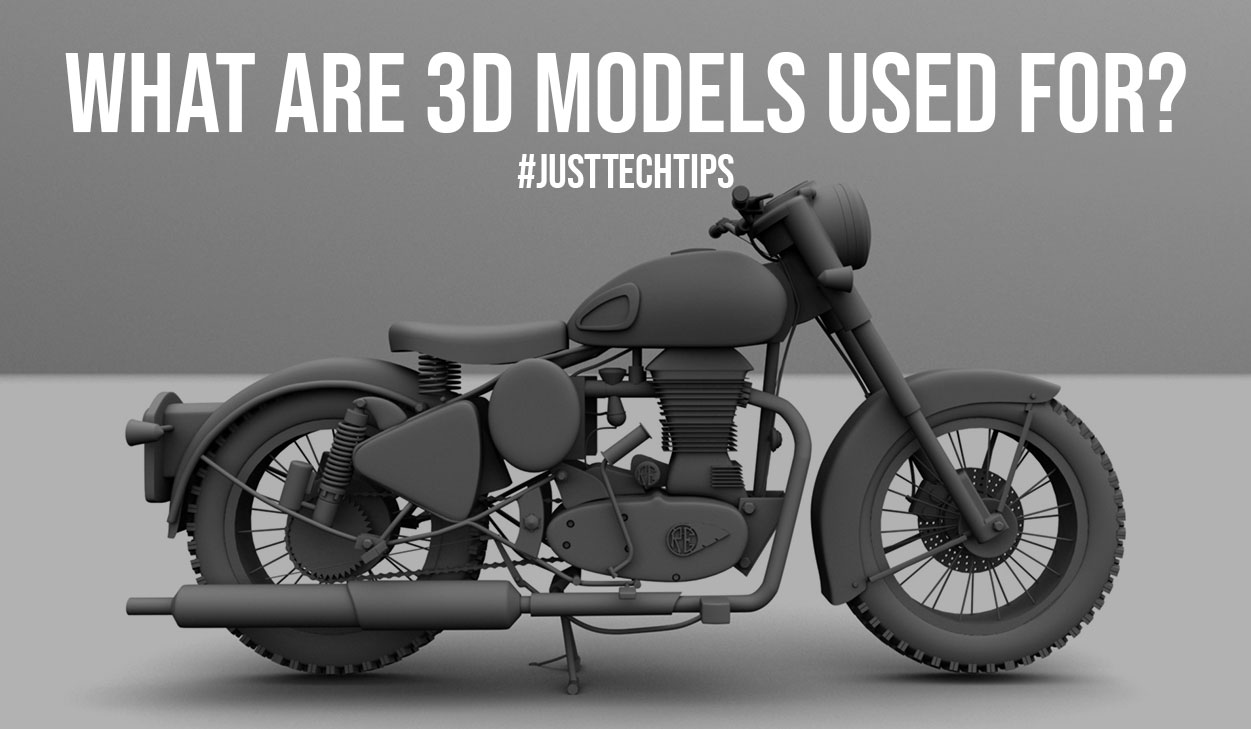 How Does 3D Modeling Work?

The first step in 3D modeling is to create the shape, sometimes with an artist’s input and relying on software to generate it automatically.

The artist would then assign textures and colors to the model, which will be used to give it depth and realism. The software used for creating 3D models varies depending on the purpose and skill level. However, some basic principles are always followed regardless of what type of software is being used.

In the design stage, the rough sketches are created into digital wireframes using programs such as Maya or Solidworks. In the production stage, artists create textures to give life to their designs by adding color and shading details with programs such as Photoshop or Zbrush.

There are several tools for 3D modeling, such as Maya and Blender, which artists usually use. These tools produce realistic renderings that allow animation and other editing options to turn them into finished products that others can share.

What is the use of 3d modeling?

3D modeling has been used in the media industry for a while now. But with advancements in technology, 3D modeling is no longer just for professionals. It’s available to anyone who wants to create or modify content.

Interior visualization is the process of creating a three-dimensional image of the inside of a building or room to be designed. It can be made by using 3D modeling software such as Sketchup, Revit, and ArchiCAD.

3D modeling is a vital part of the process because it allows designers to visualize and create the architect’s vision. Designers can tailor-make environments that are not available or possible in real life.

This process also will enable designers to save time and money while ensuring they get everything right before anything else gets done.

3D Models are necessary for interior and furniture design as they allow clients to see their space before building or renovating.

Professional furniture 3D models from hum3d.com show how 3D modeling can help create original designs and work out any flaws in the design before construction begins. With 3D modeling, designers and architects can explore all creative and innovative possibilities for their projects.

3D printing is a technology that is made for the masses. Today, 3D printers are available to everyone, from hobbyists to small businesses.

There is a whole range of devices that 3D print in different ways and materials, from low-cost hobbyist printers to industrial machines that use metal.

There are several benefits to using 3d modeling for 3D printing. One such benefit is that this technology is becoming more accessible and popular, so the time it takes to create something might be shorter than with other methods such as clay sculpting.

Additionally, you can edit your design with any changes you want and print it out immediately! Finally, the designs created with this technology allow for more creativity and freedom than other methods.

While many people will be left out of this technological revolution, 3D printing can still provide them with an easy opportunity to create their designs and make their creative ideas accessible to others.

The use of 3D modeling has been expanding in recent years to include several industries which can utilize these models. Games, entertainment, and advertising are all industries that have leaped into the 3D world.

The media industry has also embraced 3D modeling for traditional publishing and new opportunities such as immersive storytelling.

3D modeling in media is a relatively new concept, but it has started to become popular because of its ability to make designs come to life.

This type of modeling allows for showcasing an object or painting in an entirely new way that was not possible before. The potential for this technology is limitless, especially when it comes to entertainment and publishing.

3D models are also often assembled right into ads so that they can be viewed from all kinds of perspectives and angles before being finalized by advertisers.

This helps them create more effective campaigns without resorting to other methods that cost them more time and money.

Also Read: Implementation Of Web 3.0 Technology In The Education System

Why is 3d modeling important?

3D modeling is an important tool in different sectors, such as architecture, construction, design, and manufacturing.

It has many benefits that make it easier to use than other methods, such as drawing or sculpting. For instance, 3D models are easy to modify and have a low cost for production.

3D modeling has become an integral part of the design industry. Architects are now able to design buildings before actually constructing them.

This has made it possible for architects to experiment with different designs instead of working off a single sketch or blueprint, which can be expensive or impractical.

It’s a much more accessible and cost-effective way of creating drawings and models than drawing them by hand or spending money on expensive equipment.

The process has many advantages: it’s easy to use, portable, and effortless. 3D modeling is essential for designers because it can help them visualize their ideas before they get into production costs.

The modeling process allows them to test their design’s strength before they commit to investing large sums of cash into production or construction for a project that may not work out as planned.

Tips For Choosing The Right Smartphone

How to Get Started with Ecommerce?

How Does 3D Printing Improve Manufacturing?

Mobile And Website App Development In 2023: Emerging Trends And Challenges