Popular Cryptocurrencies That Have Taken The World By Storm

Cryptocurrencies are digital or virtual tokens that use cryptography to secure their transactions and to control the creation of new units. Cryptocurrencies are decentralized, meaning they are not subject to government or financial institution control. Bitcoin, the first and most well-known cryptocurrency, was created in 2009. Since then, numerous cryptocurrencies have been created and the trend has only grown in popularity. 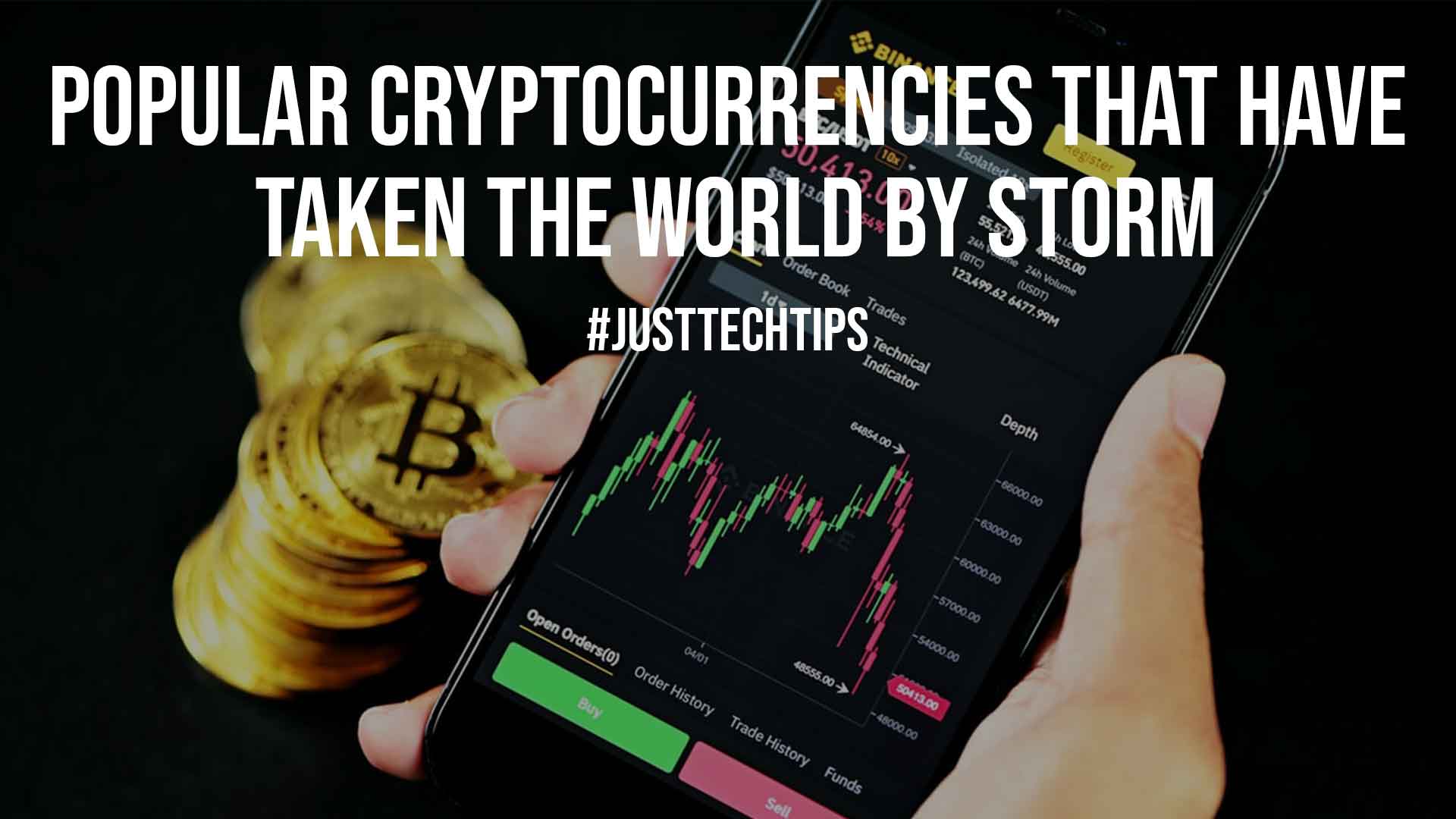 Here we discuss five of the most popular cryptocurrencies today: Bitcoin, Ripple, Ethereum, Litecoin, and ZCash. New cryptocurrencies appear on the market every day and if you wish to learn more about them be sure to do further research online.

There are countless places online to purchase Bitcoins (although it is recommended that users make purchases through exchanges only). Also, numerous ATM machines exist around the world where users can purchase Bitcoins with cash.

Bitcoin is a decentralized, P2P system that works without a central bank or single administrator. The network was designed to prevent double-spending and to keep track of transactions made without a third party.

The units are created through a process called mining, which has been described as generating new Bitcoins through solving complex mathematical equations. The process is also used to verify transactions and keep track of them.

Bitcoin was created by Satoshi Nakamoto, a pseudonymous figure whose real identity is still unknown. One interesting fact about Bitcoin is that it is completely decentralized and the intention was for the cryptocurrency’s value to derive from its potential future uses as a currency.

Also Read: Reasons That Illustrate Blockchain Is Transforming The World!

Ethereum was created in 2015 by the Russian-Canadian programmer Vitalik Buterin. Like Bitcoin, Ethereum is a decentralized network that supports peer-to-peer transactions and the creation of new units without the need for third-party verification.

Ether, which was released during its crowd sale in 2014 and 2015, is the cryptocurrency on the Ethereum blockchain. It has been called “the next big thing” and is currently closing in on its own all-time high.

Smart contracts help users exchange money, property, shares, or anything of value in a transparent, conflict-free way while avoiding the services of third parties. The applications are run on the Ethereum Virtual Machine (EVM) and use Ether to pay for their execution.

It’s worth mentioning that there are a lot of different networks that deal with Etherium. For instance, the Moonbeam crypto network is a para chain on Polkadot that enables smart contracts and interoperability with Ethereum.

Ripple is considered to be the next generation of payment networks and was designed to replace outdated financial systems, such as SWIFT and SEPA, that are still in use today.

It is estimated that over 150 banks worldwide have adopted or tested Ripple’s blockchain technology.

To send and receive Ripple, you need a Ripple Wallet. It is similar to a bank account that allows users to buy or sell units of currency. You can also utilize the wallet to make purchases from online retailers who accept XRP as payments.

Ripple has been designed to work on a global scale by removing the problems associated with international payment transfers. By using Ripple’s infrastructure, users are given complete transparency and all transactions are recorded on the blockchain ledger.

Ripple is the name of the company, and the network, while the cryptocurrency that runs on the Ripple network is called XRP (which stands for Transaction Protocol).

Ripple Labs, a US-based company that created the network, holds the majority of XRP and distributes it to achieve a consensus on the value of XRP at any given time.

Created in 2011 by Charlie Lee, Litecoin was created to act as a lighter version of Bitcoin. While it has yet to gain any significant momentum, Litecoin does provide faster transaction times and works on the same decentralized ledger technology that Bitcoin uses.

Litecoin has an 84 million unit cap, giving it less room for growth in comparison to Ether and Ripple. Although there does appear to be some potential, Litecoin is still a long way from reaching the market capitalization of Bitcoin.

Zcash was launched in 2016 and is considered to be the first “zero-knowledge cryptography” cryptocurrency. The decentralized nature of cryptocurrencies has aroused much interest, but also criticism due to their lack of public understanding about how they work and their potential for abuse by criminals and terrorists.

Zcash’s developers have argued that even though transactions are publicly visible on a blockchain, the sender, recipient, and amount of each transaction can remain private through the use of cryptography.

This has led to a search for cryptocurrency systems that allow users to maintain privacy during transactions without breaking any laws, which is where Zcash comes in. Zcash uses its own form of zero-knowledge cryptography called zk-SNARKS.

Zk-SNARKS allows for a trusted setup, which is similar to the one used by Zcash’s founders and developers to generate three key pairs. In order to do this, they carried out a multi-party computation that involved six individuals from different places around the world who were required to meet in person and destroy all their computing devices afterward.

Cryptocurrencies have been making headlines for the past few years, and there are a lot of different options to choose from.

From Ethereum to Litecoin, Zcash, all these cryptocurrency projects offer unique benefits that may be perfect for your needs. Let our experts help you identify how cryptocurrencies might benefit your business in ways other than just raising capital or speculation trading.

You can do further online research to find answers to any questions you might have about how cryptocurrencies work and what they can do for your company’s bottom line!

A Useful Guide To Setting Up An NFT Wallet