iPhone12 vs iPhone11: Worth an Upgrade?

iPhones have captivated the hearts of millions around the world since the first one came out. The design, performance, price tag, and the huge company behind it make it a status symbol all over the globe.

If you are holding an iPhone there are two things everyone knows; one, that you have enough money to spare, and two, that you do not compromise on performance.

Because like it or not, when it comes to performance no Android phone can beat an iPhone.

With that being said, it is worth noting that the new iPhone has finally been launched after months of anticipation.  The new iPhone 12 comes with a major boost to its performance and 5G compatibility.

Even though iPhone 11 and iPhone 12 may look very similar at first glance when comparing design differences there are some slight changes.

However, the question arises if it is worth upgrading to iPhone 12 just a year after the iPhone 11 was released. After all, we are talking big bucks over here, and it is crucial to know if Apple’s new phone is actually worth the spend.

Therefore, let us take a closer look at the performance, design, cameras, specifications, displays, and much more to compare the two phones and see if you are alright sticking to the old phone or should you upgrade to keep up with technology advances? 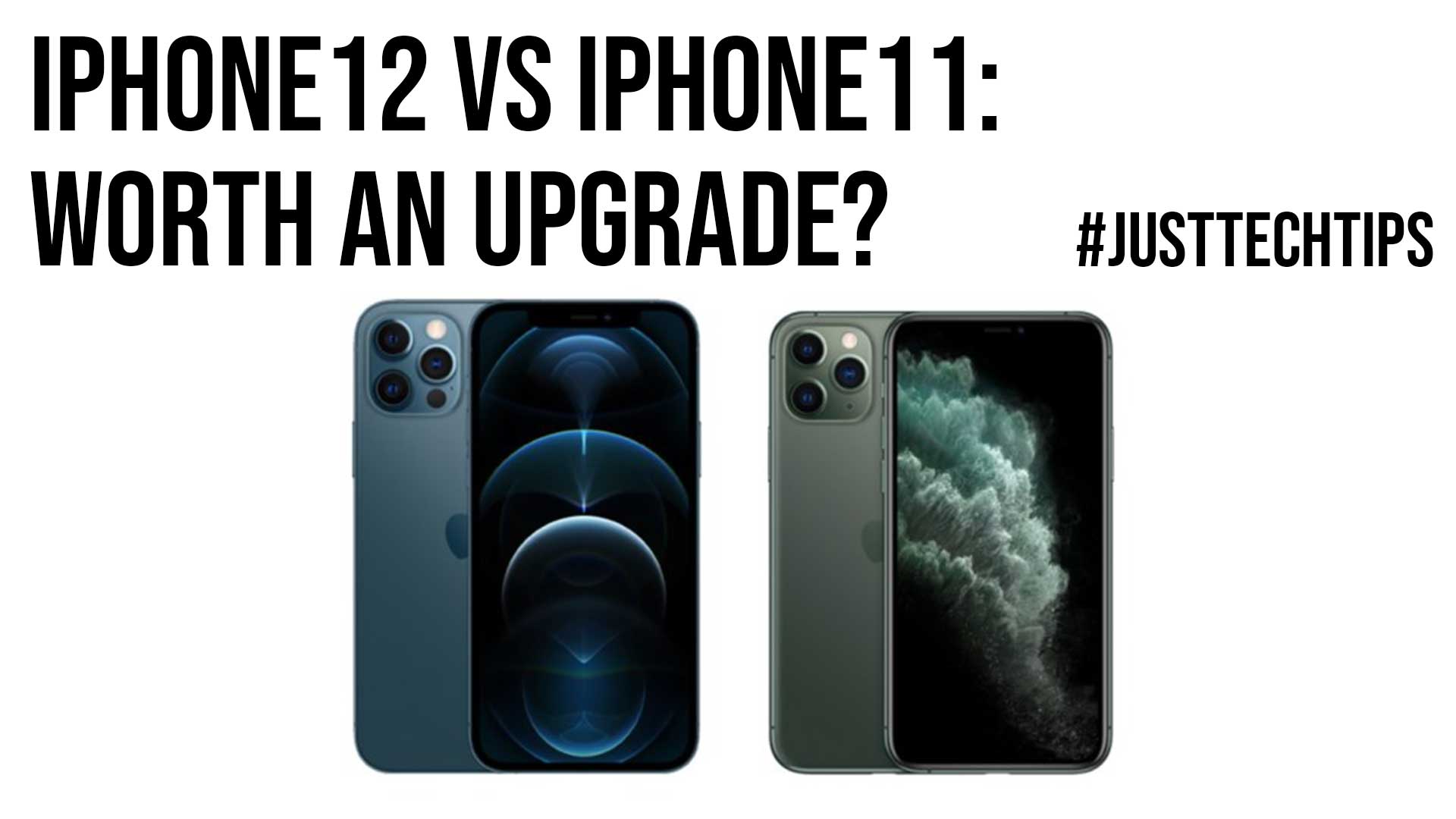 If you are a devoted Apple user, this may not be news to you that the new iPhone comes at a higher price tag than the older one.

However, we will still take a look at both iPhone 12 and iPhone 11 series prices for comparison purposes.

Also Read: Top 4 Waterproof Phones That Are Most Talked About In 2020

The iPhone 12 series comes with flatter sides unlike the rounded sides of the iPhone 11 giving it a retro-modern look. The biggest difference in design is the Ceramic Shield on the iPhone 12 that makes it 4 times less prone to break when dropped.

The highly rumored smaller notch is not true, as the cutout is of the same size to cater to the earpiece and TrueDepth camera. But, the bezel around the Super Retina XDR displays has been minimized to give a better screen to body ratio.

If we talk in percentage, iPhone 12 is 15 percent smaller, 11 percent thinner, and 16 percent lighter than iPhone 11. There are also various colors available for iPhone 12.

The iPhone 11 provided an LCD screen, whereas the iPhone 12 offers the Super Retina XDR OLED display. This means that you can see deeper blacks, wider angles, and much more vibrant colors.

Just like the slimmer notch rumor, there was another rumor saying iPhone 12 would offer a 120Hz refresh rate but that has not happened either. However, it is being said that this was skipped due to battery concerns.

As the iPhone 12 also supports the power draining mmWave 5G, it only makes sense not to add another power-hungry feature. iPhone 12 has an average brightness of 625 bits which means you will see brighter pictures on the phone.

This means that you will receive incredibly fast data speeds that can go up to 3.5Gbps in optimal conditions while you are in urban areas.

You may think that what’s the point buying a 5G enabled phone when 5G is not even performing that well in the country, but let me tell you one thing, none of the things we use today worked wonderfully at the start.

Therefore, keep in mind that in a couple of years or maybe three you may be wishing for a 5G enabled iPhone.

Especially with carriers like Spectrum Mobile delivering the fastest data speeds and offering 5G services across the country at no additional cost, the day is not far when a 5G phone will become a necessity.

I’m not sure if you understand why I quoted Spectrum but if you are a subscriber to any of Spectrum bundle deals you will understand that Spectrum is one hell of a provider and is known for reaching above and beyond your expectations when it comes to fulfilling the promised service level.

The iPhone 12 series comes with the A14 Bionic processor that offers around 50 percent enhanced GPU and CPU performance when compared to Android-powered smartphones of the same level.

The A14’s 16-Core Neural Engine allows a performance increase of up to 80 percent. There is not much of a leap when it comes to graphics performance.

The Smart HDR technology and the amazing Night Mode brought the iPhone 11 series among the best camera phones. iPhone 12 on the other hand offers 2 lenses, 3 cameras, and a LiDAR Scanner.

There is also an advanced time to flight sensor that aids in auto-focus while detecting a subject while taking pictures in Night Mode or recording a video.

Apple never stuffs its iPhones with the biggest batteries possible. The iPhone 11 had a 3,100mAh battery, while the iPhone 12 comes with a 2,815mAh battery. Apple claims that even though the battery is smaller, the iPhone 12 battery life is better.

However, that is not true. Even with the A14 Bionic Chipset the battery life is only around 10 hours with 4G and drops even further when 5G is turned on.

Also Read: Save That Money: 5 Best Waterproof Phones That You Should Buy

From the display size and A14 Bionic Processor to 5G compatibility, the iPhone 12 has several upgrades as compared to iPhone 11.

The better lowlight performance and quicker auto-focus can be wonderful for photography enthusiasts. Needless to say that the iPhone 12 is indeed worth an upgrade.

Getting to Know GogoPDF: Things You Have to Know About GogoPDF

Buy Me A Coffee Review: Get Donation For Your Creative Work